A child's logic of soccer tactics

Everyone who has watched Under 8 soccer is familiar with "swarm ball": a mass of children chasing single-mindedly after a ball, tumbling over each other, getting in each others way, stealing the ball from teammates, kicking the ball into opposing players shins, and kicking opposing players shins. Parents despair, calling out "pass, pass", or "get back on defense". Worldy coaches just smile and let the mob rush by. But both assume that children have no sense of space beyond the location of the ball, no sense of time beyond an immediate impulse to kick, and no awareness of where they should stand in relation to anyone else. All they are thinking about -- we assume -- is themselves and the ball.

Coaches may be worldly, but they can't help forever seeking new ways to break up the swarm. With a very green group of under 8s, I tried a new method to get them to think about positioning. At throw-ins I asked the thrower to tell his teammates where he wanted them to stand. With the pressure off, and a chance to survey the game at a distance, I assumed he would spread them out in a sensible manner, covering the field and giving himself options of who to throw to; in other words, logic, and a bit of dialectic with his coach, would lead him to see the game as it is actually played.

On one occasion, a thrower sent a teammate in front of the goal. I approved of the placement. But then he sent a second team mate to stand right next to the first.

"That doesn't make any sense," I said. "If the ball is intercepted, neither player will get it."

"But if Sergey can't kick the ball in the goal, Aziz can do it," he answered.

So, he understood that he needed someone in front of the net, and if one person standing there is a good thing, two must be even better. Of course! If one ice-cream is nice, two ice-creams must be nicer. It's not adult logic, but it is logic and he was using it to structure his play. While I had been trying to distill the adult game, with its passing triangles, through balls and supporting positions, down to a level my players could understand, he was building up from concepts already familiar to him. With time, of course, he will realize that Sergey and Aziz are more likely to get in each others' way than amplify each other, but I was surprised to realize that he was thinking at all about where they should be and could justify his decisions.

I don't know if there is a logic to the swarm, but I now suspect it's wrong to assume that children are chasing blindly after the ball without any kind of forethought going on in their heads. They are thinking about the game. And instead of adults yelling "pass, pass" at them, perhaps we should be asking them what they were thinking about. 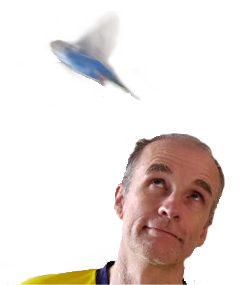